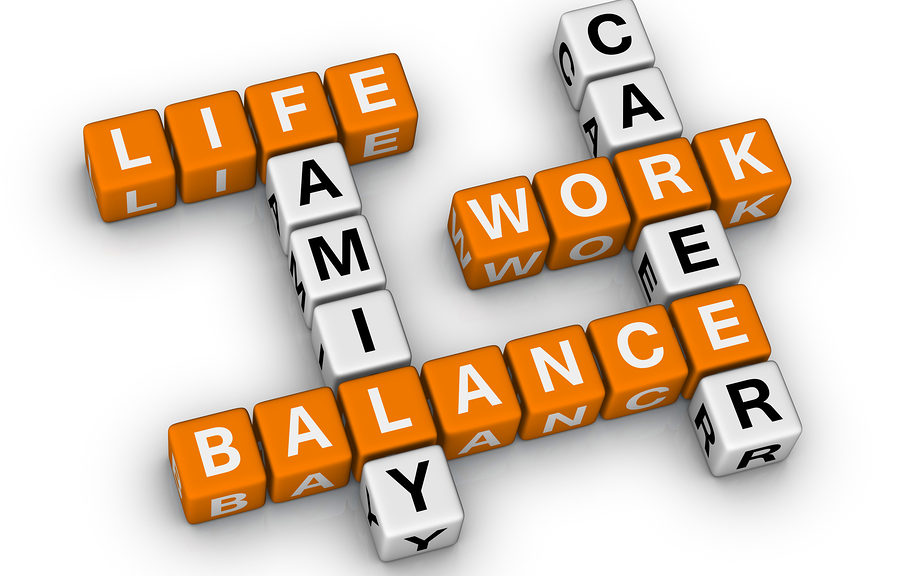 In part 1 of this series I talked about the upcoming Microsoft Ignite conference and the Table Talk that I will be participating in. I gave my “bona fides” around the evolution of my remote working background. In this part I will to focus on the factors that have helped me find success over the years and achieve an acceptable balance of life & work in the same space.

When I started my new job with EY and knew that I was going to be home for the rest of 2020 I decided to make sure that my home office was as optimized as humanly possible and allow me to disconnect from work when I should. I have ordered and returned a number of different devices to get things how I have them today and what follows in this post are some of the things I have done & gotten that I have found to be useful.

Trying to work from the couch means you never get to relax on the couch. Subconsciously you are in your working space and will shift back to it way too easily.

17+ years ago when I was a bachelor I realized early on that a one bedroom home situation was not conducive to me ever leaving the work behind and just being a homebody… or a person who could bring dates back to my place because my roommate (work) was ever present. I quickly moved into a place that allowed for me to have a separate work space from living space and never looked back. Even when I was living in a one bedroom home situation I eventually had to define my working space until I was able to get into a multi-bedroom situation.

I understand that not everyone is able to simply move into the apartment next door with 2 bedrooms at a nominal upcharge on rent the way I was able to back then. I didn’t even have to hire movers. The landlords just let me have a week of overlap and I moved everything with one friend. I was really lucky.

If you are in a situation where you do not have the ability to expand your home space, clearly define your working space. It can be as simple as sitting in a different chair at the kitchen table than you normally do, but do something to help you distinguish between work time and home life.

I am fortunate to have a home office that has been clearly defined since we bought our house 5 years ago. The space is 100% mine and it is laid out for work. I used to play games on my home PC in the office, but over time I stopped doing that for the same reasons I listed above. It felt like I was at work rather than at play.

In my office I have 1 computer. HAHAHA. Who am I kidding? There are anywhere from 4-6 machines in here depending upon what I am doing. If you asked my kids however, they would likely tell you that I only use 1 computer in my office.

Part of the problem I faced was over complication. As with most things, the KISS method works well for optimizing your home workstation.

A few years ago I had a 4 monitor rig (2 monitors stack mounted on pole stands) PLUS 3 horizontal monitors. This is what that looked like:

I have had multiple machines hooked up to this setup and I always had multiple keyboards and mice I had to switch between. When I was on the road 200 nights and only working in my home office periodically this was acceptable, but not anymore. It was WAY too complicated and overly distracting for a long term scenario.

After some trial & error I settled on the a cleaner, simpler multi-machine setup. Here is what my desk looks like today:

This set up has more horsepower than the old one, less light & heat coming from all of those monitors, and allows me to be WAY more focused and effective.

What comes next is a discussion about the the gear that I decided on for my home workstation. I don’t go into the PC hardware or anything, only the peripherals which is what makes the setup work best for me.

I landed on the Logitech Ergo K860. Ergonomics is critical for someone who spends 10-16 hours a day in front of a computer. I always used the Microsoft Elite line in the past partly because I really enjoyed the simplicity of the extra function keys and the split keyboard layout. I found that Ergo K860 had the same style to it.

The mouse I chose is the MX Master 3 (this link is to the Logitech site as it appears that most vendors are out of stock on smile.amazon.com and I don’t want to recommend a used mouse). I’ve long been a Logitech mouse fan and my old MX Master had started to fail me a bit after 5+ years of faithful service.

Both of these devices leverage the Logitech Unifying receivers, which is key because it allows me to pair the receiver with multiple Logitech devices and then chose which machine I want to be connecting to at the touch of a button. They both have the ability to pair with up to 3 computers, both PC and Mac.

It took me a while to figure out that I was really missing out by only having a single pair of speakers that I would move the input between machines. I was using my personal machine less frequently so it felt like less of a big deal at first, but after 2 months I was fed up.

I invested in a set of Bose Companion 20s a couple of years back and LOVE them. They are great & I cannot say enough good things about them, so much so that I was willing to move the input between machines for months. However since I did not want to have to wear headphones all the time I decided that I needed more flexibility.

As a second set of speakers I invested in a set of Logitech Z200s for around $25. They work just fine for listening to Microsoft PGI calls and general conference calling purposes.

I have had a set of Bose on-ear noise cancelling headphones for years and a second set of Bose in-ear noise cancelling headphones that I highly recommend. They are older models but they still serve me well. My younger Dude took over my on-ear set when school started up and I recently started wearing hearing aids which means that my in-ear set require a shift. I also moved away from my Mac which means that my awesome AirPod Pros do not help with this situation as much.

That lead me to the new Sony MX4s. I am still tinkering with the Bluetooth settings to get the music audio to sound great, but for my work calls they have FANTASTIC sound quality and are comfortable while wearing my hearing aids.

The Blue Yeti USB mic is what I use for recording the podcast or doing streaming activities. I thought about upgrading and getting a Focusrite Scarlett mic preamp to attach one of my higher quality microphones to my machine, but the Yeti has served me well for the past few years.

I am a fan of the Logitech C920 web cam. At one point I had one setup on each of my PCs, until my older Dude needed it to have a better audio and video setup for doing Middle School Band remotely this year.

Once again I was left in a situation where I was shifting USB devices between machines. I decided to search for a solution and got recommended the UGREEN USB 3.0 Sharing Switch from my friend fellow Microsoft Ignite Speaker, Adam Saxton, since he does so much with his setup for Guy In A Cube.

He & I are doing an Ask the Experts session together on Wednesday September 22nd at 7a Central Time… to be fair it is his session, I’m just helping him out. We are also doing an Ignite Social Hour that afternoon at 4:30p Central Time.

The Sharing Switch was exactly what I needed. This device does a good job with a slow switch operation. By this I mean I use it to move from one PC to the other and don’t try to flip right back. I tried this once and the PCs both got confused and didn’t want to recognize the devices.

One life hack I have been recommending to people who have asked me for webcam recommendations in the past 6 months is to not use a webcam at all. Instead to use their cell phone as a webcam via Teams or Zoom. Teams handles this extremely well because it allows you to be on multiple devices under the same login.

It is not slanderous to say that web conferencing software is a resource hog on your PC. It is especially bad when you turn video on. Both of my PCs are high powered systems and the GPU spikes on both of them when I turn video on in Teams, and I always have video on. I find that it personalizes meetings and when people see that I am doing it, they do too. The internal monologue they are having sounds something like “If that funny looking guy can be on video I guess I can too”.

I spent less than $20 and got myself a mini tripod and a very solid smart phone mount that I use to do video calls on when I am doing resource intensive operations on my PC. Often I am in Teams screen sharing Power BI Desktop from my PC and have audio and video on my iPhone 11 Pro. This allows me to use my AirPod Pro headphones as well. I show up in the call only one time too.

I just sent this tripod & mount solution I linked to above to my awesome niece. That tripod came with a cell phone mount, but I prefer the one I linked to separately because it felt more sturdy while being very inexpensive.

In this post I shared some details about how I balance my life and separate my work. The key to everything above is finding the comfort zone for you and those around you.

The core message I am trying to convey is that if you can find a way to simplify your work space you can make more room for your life. That separating is key. When we work where we live it can be difficult to put the work away. If you can simplify and carve out that space, you will have an easier time walking away.

You don’t have to spend a ton to get there either, I am just a geek and like my toys. There are lots of low cost options that you can find to do everything I have talked about.

In the next part of this series I will share my experiences with ergonomics and then wrap up the last part of the series with a post about lighting & home automation. I’m going to save the best geeky stuff for last 😉