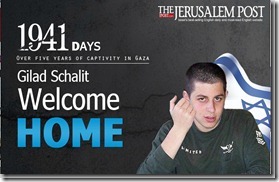 I normally keep my personal views on world happenings and politics out of this medium, but today is a very special day, so please feel free to disregard this post if you want but I feel that I must share my views on this topic.

At the beginning of June 2006 I ended my time as a USY Advisor after more than 10 years of working with Jewish teenagers.  Much like my passion for technology, my passion for informal Jewish education was all consuming.  I am proud to say that I have watched many of my former USYers, affectionately known as my kids, go on to do amazing things: join the Marines, become doctors & lawyers, get married, have children of their own, start successful companies, start their own clothing lines, become teachers, and most amazing of all become informal Jewish educators themselves and dedicate some of their time to give back.  I was honored to allowed to participate in helping them learn and grow as young Jewish men and women and still keep in contact with many of them today.

A few short weeks after Jill and I attended what was to be our last SWUSY Regional Convention as advisors we heard the news that Gilad Schalit had been captured.  At not even 20 years old it was impossible not to draw correlation between Gilad and some of my kids, especially since one of them who I consider to be family had just enlisted in the United States Marine Corp.

It was heart wrenching and as the days and weeks went on news would periodically come out about Gilad, but the hopes were dwindling as the days went by.  Jill and I moved to Massachusetts and our synagogue had a picture of Gilad as a reminder.  Even without that, we have never forgotten.  We are a people of remembrances.

In my lifetime I have seen some awe inspiring things: the Berlin Wall fell, the mapping of the human genome, the electing an African American President (whether you like/agree with/hate him or not, this was still a ground breaking thing for this country) ,Tiananmen Square, the invention of the personal computer, NASA, and the end of Apartheid but few things have touched me the way that the freeing of Gilad Schalit has.

The Marines have a mantra: Never leave a man behind.  Israel has freed 450 prisoners and will free a total of 1,027 prisoners at the end of 2 months, in exchange for 1 Israeli soldier.

In truth and honestly, I never expected to see the day when Gilad would be coming home.  I never believed that Hamas would allow him to see his home again.

It is my hope and prayer that the Israel/Palestinian conflict will come to a peaceful end.  My question & concern is what will that peace cost.  When reasonable people come to a negotiation table they generally are willing to compromise in some way.  To date, we have not seen that on both sides of the table with this conflict.

Bottom line here, after 1941 days it gives me goose bumps to finally be able to write the words “Welcome Home Gilad”.